CONNECT AT A DISTANCE

CONNECT AT A DISTANCE 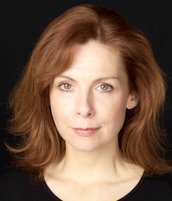 Jacqueline Defferary (co-founder) has been working as a professional actress in theatre, film and television since graduating from RADA in 1991. This includes productions for The Globe, The RSC, The National Theatre and The Royal Court. Her most recent television appearances have been ‘The Tunnel’ on Sky, and for Netflix, ‘The Alienist’ and ‘The Crown’ (Season 4).

Soon after graduating from drama school, Jacqueline completed the postgraduate training for workshop leaders at RADA.

Alongside this, she worked for fifteen years on projects with adults and young people with learning disabilities and mental health issues and adults with dementia.

In 2007 she was awarded a first class honours degree in Literature from the Open University. In the same year, she joined Shakespeare’s Globe as an actor and Education Practitioner. Jacqueline is now a Globe Education Consultant where she designs and delivers training to the corporate sector and workshops and lectures to adults and young people from around the world, as well as CPD to teachers.

In 2017 Jacqueline completed the MOE Foundation training and qualified as a coach, and is currently working towards accreditation as an executive coach. Jacqueline is a member of the Dramatic Resources team, a company offering training for senior management teams at IMD, LBS, ESMT and Harvard Business School. 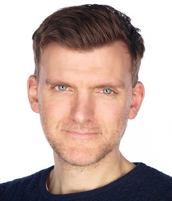 Alasdair Craig (co-founder) is an Actor, Trainer, Workshop-Leader and Coach. After gaining a BA Hons degree in Politics and American Studies, he went on to train at The Webber Douglas Academy of Dramatic Art, graduating with distinction in Classical Acting.

He worked for many years with Edward Hall’s all-male Shakespeare Company, ‘Propeller’, touring the world in many of their critically acclaimed productions, including residencies in New York and London's West End.

Other notable work has included ‘Not about Heroes’ at the Trafalgar Studios (West End) and playing the part of Friedrich, in the National Theatre’s production of 'War Horse' (West End).

More recently, he has appeared in season 3 of ‘The Crown’ and continues to pursue a varied voice-over career, ranging from radio commercials to video games and audio books.

Alasdair is a certified MOE Coach and has delivered training as part of the MOE training team. An experienced Trainer, Alasdair has worked in a variety of settings, applying many of the techniques used by professional actors to strengthen interpersonal skills and empower individuals to speak and present with confidence and authority. He has lectured and trained Business Undergraduates and worked with a variety of clients, across a range of industries.

Find out more about the training and workshops currently available,
or make a booking.